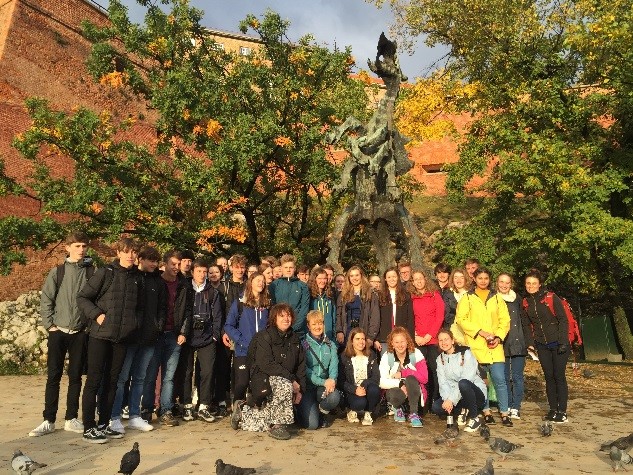 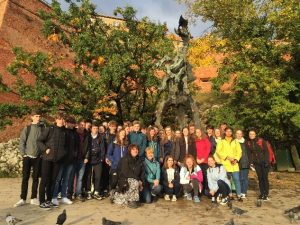 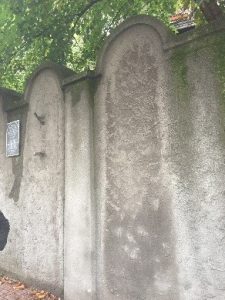 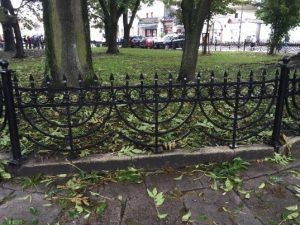 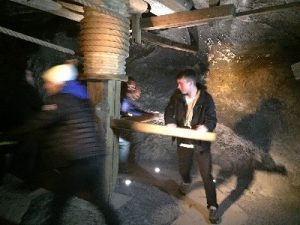 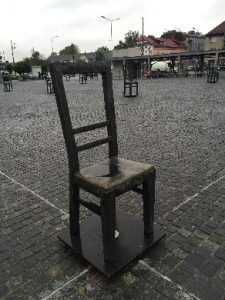 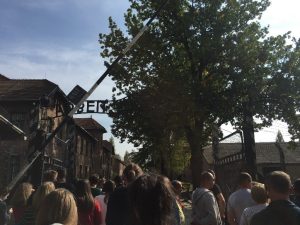 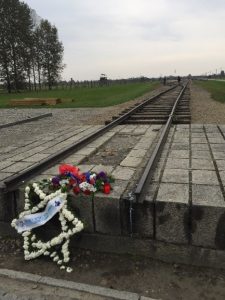 On our last day we spent the morning meeting a Holocaust survivor, Rena Stern. This meeting took place in the Galicia Museum which is home to many startling images from the Holocaust. Rena was born in the Ghetto and her and her mother managed to escape when she was only young. They escaped through the sewers with a group of other people and when the group went one way, her mother decided not to join them as she thought Rena, would give them away at her age. Unfortunately that group was killed by the Nazis. Rena Stern was later given to another family who agreed to look after her. Years later when her mother came to take her back, she didn’t want to go as she didn’t know that was her mother. When her mother convinced her, she left and met her father. Rena’s father was a Schindler Jew who had gone to Brinnlitz when Schindler saved his Jewish workers from being sent to Auchswitz. Although Rena is fluent Polish, our translator did an excellent job of conveying her feelings across. Rena went on to live an extraordinary life and told us many of her stories, it was humbling for us to meet her.

We later had time to explore the medieval part of Krakow. We had time to shop and try some Polish cuisine before entering the grand medieval castle to explore. We had our final group photo taken with the statue of the legendary dragon Smok.

Our final evening started with a game of bowling and a birthday celebration. As with the previous evenings we spent an hour discussing our thoughts and feelings on what we had learned that day. This was our opportunity to write down our initial emotions and discuss the relevance of issues today.
It has now more than 71 years since Auschwitz-Birkenau was liberated and as first hand memories of the Holocaust are lost forever, it is more important than ever to understand, to as large an extent as we can, why the Holocaust happened and appreciate the magnitude of tragedy caused by the unfathomable hatred of the Nazis. In our modern society it is easy to assume that the Holocaust is only history and we can afford to forget about it but the reality is wide scale ethnic hatred is both in our past and present. Even in Great Britain, a country among the most morally and socially developed in the world, more than five hundred racist incidents occurred in the first few weeks after Brexit. Due to the Syria crisis, thirteen and a half million Syrians have had their lives devastated. These events are our Holocausts and now it is up to us to make a difference.
With thanks to
Zahra Abdul
Jonathan Bell
Holly Imperiale
Clara Oxley,
Laurel Renton
Fraser Waddell
Kirstin Wilson