This page is dedicated to pupils that have represented their country in their sport, at any age group, during their time at school . 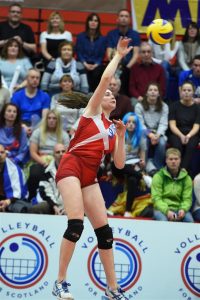 In April of this year Shona played for Scotland in the U19 Women’s European Small Countries Division Championships. She started in each of the 4 matches vs Northern Ireland, Cyprus, Luxembourg and San Marino. 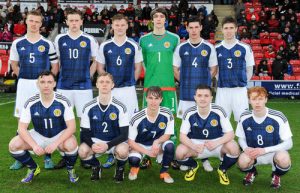 Lachie (Number 10), a member of our school football teams throughout school, was selected to represent U18 Scotland Schoolboys after trialing along with a huge number of other talented young players. Once selected he played in a training match vs Alloa and scored 2 goals in a 4-2 win. He then went not to play in the Centenary Shield vs England, Wales, Ireland and Northern Ireland, throughout 2016. 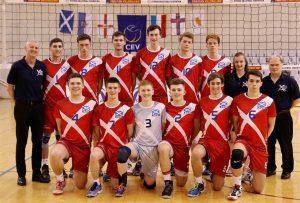 In April of this year Peter (number 9, blocked from view) played for Scotland in the U20 Men’s European Small Countries Division Championships in Cyprus, winning caps against the Faroe Islands and San Marino. Peter has played volleyball for the school team for a number of years, as well as playing with local clubs Beacon VC and Bon Accord.

Andrew competed for Scotland at the WSKF Shotokan Karate-Do World Championships in Tokyo, Japan, in August 2015. He was one of 2 competitors from Scotland and the first Junior Male from Aberdeen to represent Scotland at a World Championship in Japan. He also successfully completed his 2nd Dan grading whilst attending the competition.